Award-winning 10-part global event series for National Geographic Channel, co-produced with filmmaker Darren Aronofsky and his production company – Protozoa Pictures (‘Requiem for a Dream’, ‘Black Swan’, ‘Noah’, ‘The Fountain’), that explores the fragility and wonder of Planet Earth. Hosted by actor – Will Smith and guided by an elite group of astronauts ‘One Strange Rock’ is the extraordinary story of Earth that takes an epic journey across the globe and into outer space. The series has won three Wildscreen Awards and was nominated for Best Science Documentary at the Grierson Awards 2018. 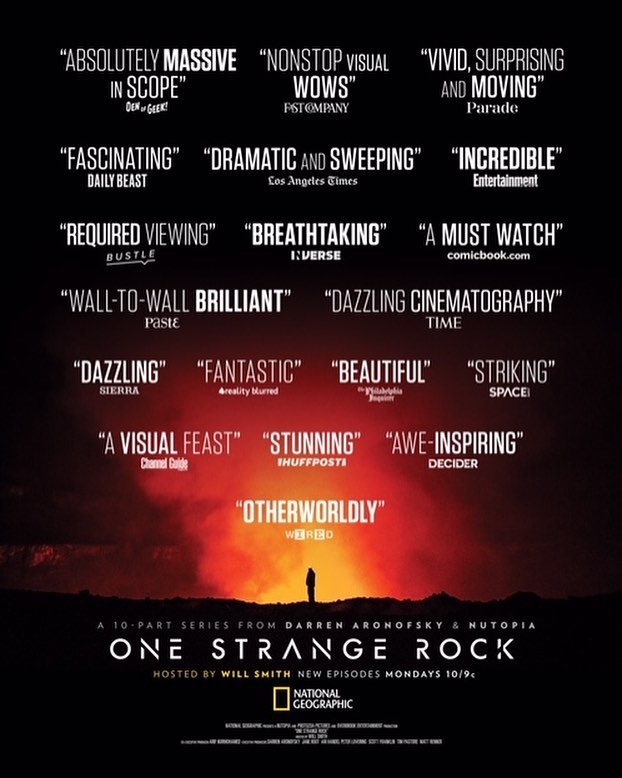